We’re passionate about sustainability at our aparthotels, so for Veganuary 2020 we’re sharing our top five local, innovative and delicious vegan food spots in London.

What an amazing decade it’s been for veganism. Turn the clock back ten years and the term would probably be met with confused faces and the occasional sigh. But by 2020 it’s become ubiquitous in the world of food, and has made itself at home on our own menus.

For those looking to go green on their travels, veganism is a powerful and delicious way of reducing that carbon footprint. A comprehensive study in 2014 found that heavy meat eaters produce close to three times the greenhouse gas emissions of vegans – that’s around two tons more CO2 in the space of a year.

If you’re heading to London you might feel a little overwhelmed by the sheer number of different vegan options on offer, but worry no longer. In celebration of Veganuary we have indulged ourselves in meat and dairy alternatives from across the city, and after much debate and even more eating, here is our ever-reliable top five vegan food spots in London. 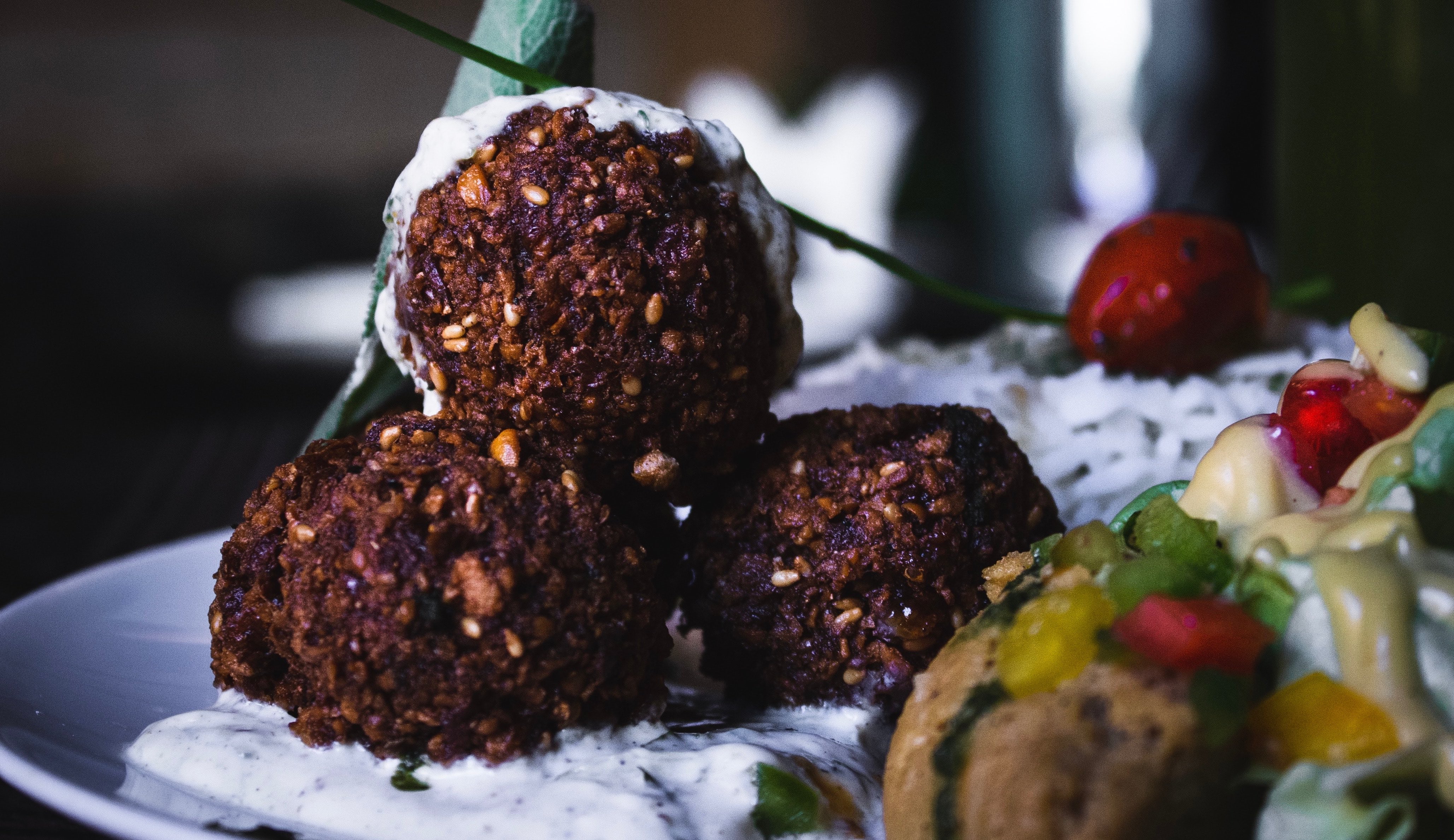 Have you always wanted to enjoy some vegan scones and jam whilst looking out into a garden of flamingo statues? Probably not, actually, unless your imagination is a lot more vivid than ours. Nevertheless, such a place exists, and it’s wonderful. Located just ten minutes away from our very own Rosebery Aparthotel, Mad Hatters is a delightful tearoom in Fitzrovia, tucked neatly away from the nearby hustle and bustle. It’s almost like entering a different world… 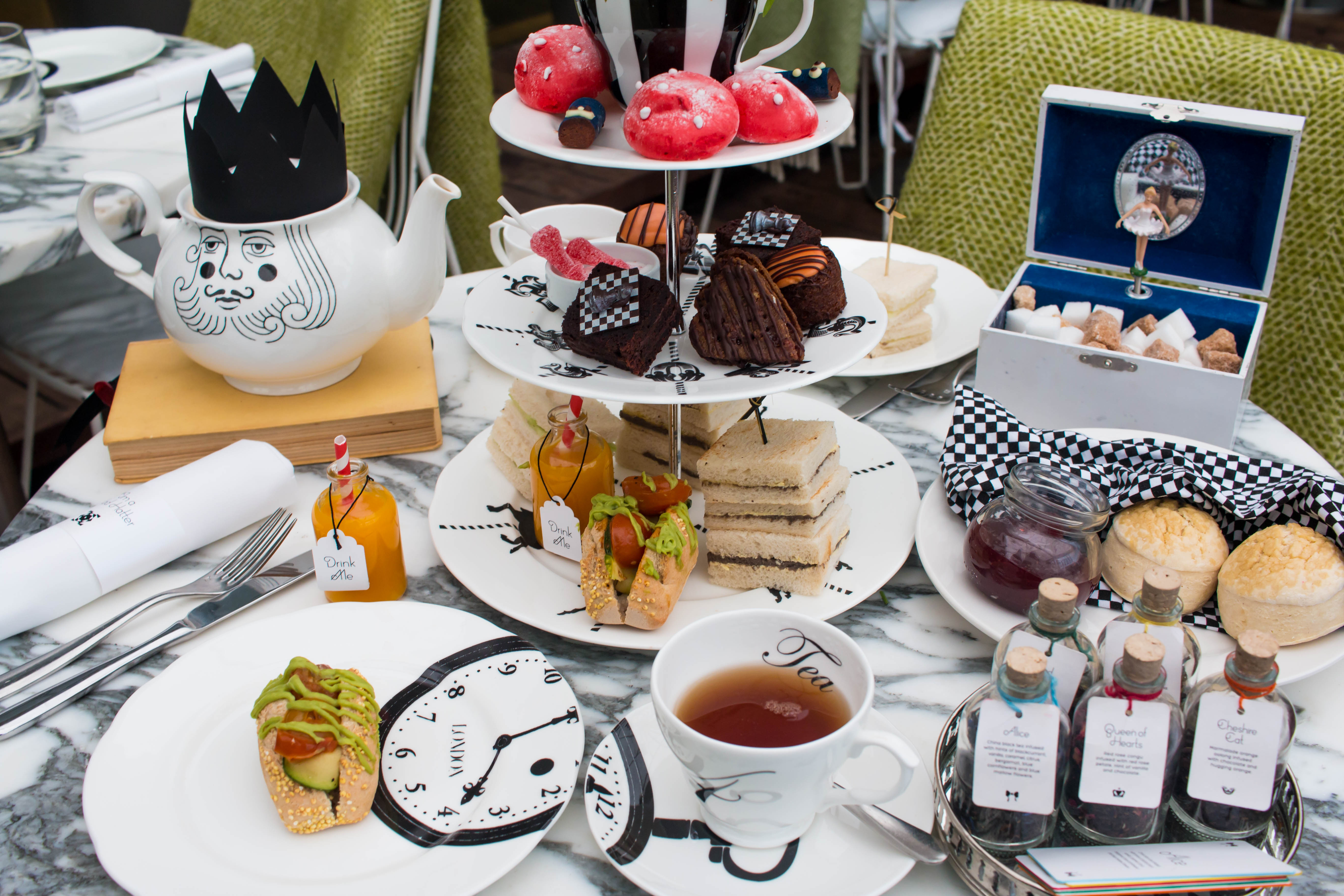 Giving classic international dishes a plant-based spin, Mildred has won over the hearts of many foodies this past decade. With restaurants in Soho, Camden, Kings Cross and Dalston, there’s plenty to like about Mildreds: they’re committed to all-organic produce, they work with small local businesses, and they have one of the best gluten-free menus in London. It’s affordable, vibrant, and cheerful, and has more than earned its place in our top five.

If you’re looking for more of a high-end dining experience, Tibits is your best bet. This is a showstopping vegan restaurant just around the corner from The Chronicle>>**HL**. Operating like a supercharged salad bar, their options cut across a range of cuisines and cultures, and they have mastered their own plant-based take on gnocchi, sausage rolls, tikka masala, and much more.

Now here’s a twist nobody saw coming. Slowly but surely, the beloved bakery is becoming something of a trailblazer in the world of vegan fast-food. Their newly vegan CEO Roger Whiteside has been paving the way with his commitment to an alternative, affordable vegan range for all of their classic snacks, their most recent addition being the meat-free steak bake. And, as the old maxim goes, in London you’re never more than six feet away from a Greggs. (That is the saying, right?) 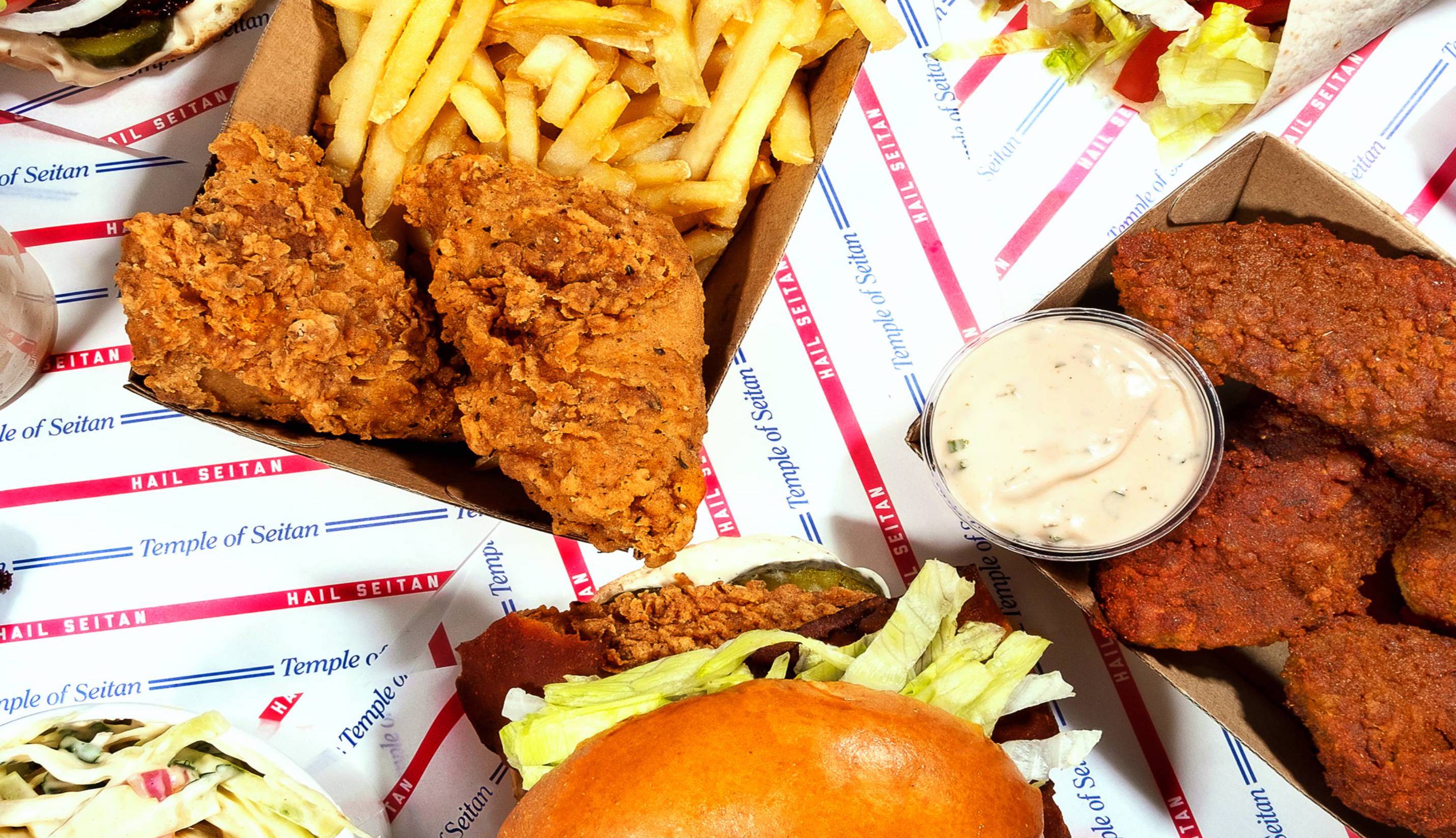 One of the true hidden gems of London, the Temple of Seitan offers up some of the most realistic vegan fried chicken – yes, you read that right – you will find anywhere. It might be a hassle to get there, but Hackney never disappoints, and after you’ve grabbed your (quite unbelievably realistic) wheat protein-based chicken burger you can check out the renowned local bars and alternative shops.

If you’re looking to reduce your carbon footprint whilst exploring the UK’s amazing cities, there’s no better place to stay than at one of our family-run aparthotels. We’re big on sustainability and offer a 100% locally sourced, vegan-inclusive menu! Book now with our limited-time winter offer.