It took Teodora Codreanu, Supercity’s Sales and Reservations Agent, a long time before she could call London home. Coming from a small town in Romania at eighteen, the sense of opportunity and adventure here attracted her— “I just thought I could make a future for myself.” At the beginning, “I literally came on my own,” arriving with what she quickly realised was limited English proficiency. “In school I was getting 10/10 [on all the assignments], and when I got here I just didn’t know what to do.”

But she never considered going home. Back in Romania, the idea of moving to another country seemed “unreal, so the fact that I managed to do it made me think maybe that’s what I was meant to do.” She had to stick it out, “pursue it and see what comes.”

And that brought her here. 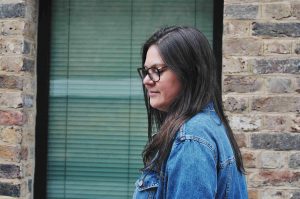 She started working in housekeeping at a large hotel company. At nights she learned her English through watching TV with a dictionary handy. Quickly enough she moved from the service department to reception, as her roles became more communication-centric and brought her further out of comfort zones. “Sometimes you just need to be pushed.”

These days, while she feels her experiences in London have changed how she looks at the world, she’s still a Romanian first and a Londoner second. The memories and connections from back home “is something that I can’t let go, I feel at home here but there’s something missing.” She keeps the homesickness at bay with return visits and baking the foods she grew up with—Polenta is her favourite.

“For me I’ll always be a Romanian living in London.”

Moving into sales and reservations seemed like the natural fit for her—“I like to get involved with things, I’m quite a sociable person,” as she tries to help people find the best solution.

The biggest difference at Supercity? The freedom. “I wanted somewhere I could be a bit more flexible, I could share my opinions—it’s amazing how much you have that here.” Supercity gives her the chance “to feel empowered,” with a wide range of tools that allows her to solve the problem on her own. 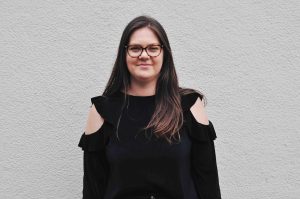 As a sales and reservations agent, she coordinates bookings across all three aparthotels. This can turn stressful during a busy day—“sometimes a big part of my job is to play Tetris with the booking system.” Great communication—from as wide a range as the customers, booking agents, and front of house staff—is crucial to success. And while some days can seem pretty manic, she doesn’t let herself get too stressed when “everything has a solution.” She’s motivated by the belief that, whatever issues a guest might be having, they ultimately “just want to feel like [the suites are] home,” and that helps keep the job meaningful.

Her day is often full of surprises—some of the stranger incidents include guests hiding a cat in their suite (staff ended up getting photo evidence), and a lady who was certain all the suites in Templeton Place were haunted. “She was always complaining about weird energy in the rooms and refused to touch the electricity,” and once even slept in the lobby. “After she checked out [her company] sent us pictures asking if she was the one staying with us, and that picture didn’t look like her at all… It’s almost like a ghost story.”

As hectic as her job can be, it will get much busier in the next couple of months with Supercity’s new aparthotels—the Chronicle in the City of London and Church Street in Manchester. The work’s set to nearly double, but that’s just the way she likes it. Working with Supercity means she gets to interact with customers from all around the world, a huge reason in what keeps things interesting. “At the pace it’s currently moving I could see it becoming an international brand.” It’s an exciting time to work there.

That internationalism appeals to Teodora.  As much as she loves London, she still holds dreams of living in other countries like the US and wants to travel the world. She’s ecstatic to be getting back to Japan this Autumn. Seeing the world, “literally make it so I could travel for the rest of life,” is her dream. “I want to see China—the real China.” 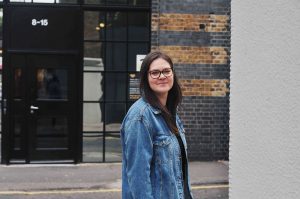