Salvatore Guttilla loves change and movement—to drop himself into challenging new situations, explore new places and consider different philosophies or worldviews. But why would he ever need to leave London?

“London is a new city every day.”

From Palermo to London, he’s worked across a whole spectrum of jobs—as a teacher, copywriter, web editor, barista, and even manager in an antiques shop before starting in hospitality with Supercity. He needs his work to challenge him; when he finds there isn’t enough progression on the job, he’ll move on.

And yet after ten months working with Supercity, first as a receptionist and now as Front of House Manager, he’s feeling none of the usual push to leave. “This is quite strange for me.” So what’s different about Supercity compared to all the other companies and positions that came before it? 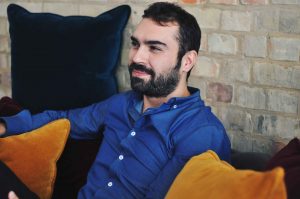 More than a Postcard

What really sets Supercity apart is the way they treat their staff. “It’s the politeness here, it’s a kind of goodness.” One of the main things that pushed him to leave Sicily in the first place was the working conditions. “You don’t have any contract or any rights, they use the [idea] that there are no jobs to keep people calm.” With Supercity, however, there’s a sense of being treated like a family, along with a transparency around how the company works, that struck him. “It’s definitely a big part in what motivates me here.”

Accepting the position as the front of house manager, Salvatore had no idea what management really involved. “When you’re a receptionist you don’t see everything—I became manager and realised there was all this stuff going on behind it.” He now has to work on a much larger scale, across all three Supercity properties, carefully monitoring guests and any situations that might arise. There’s always an element of randomness and spontaneity to each day, but “responsibility and persistence” is always the key to success—or, on some days, survival.

But for all the added expectations that come with the role, daily interactions with guests is the biggest thing he misses. As a receptionist, it didn’t matter if he was having a bad day, “I see the guests there’s someone you can talk to, understand better, who’d always cheer me up.” He could, in return, make their day better as well. This was especially true for his long-staying guests, some of whom he’d see every day. “We became very close.”

Recognising the importance of good, face to face communication really helps him as a manager. “When the person is in front of you, you can manage the conversation in a different way, you can understand by the feelings and emotions, by the language.” Whether the issue is something small, like requiring guests to move rooms, or something a little more complex—one time recently a guest showed up with over fifty boxes of luggage, leaving them with absolutely nowhere to put it–simple and effective communication helps solve everything. “You can’t solve it with a postcard.” 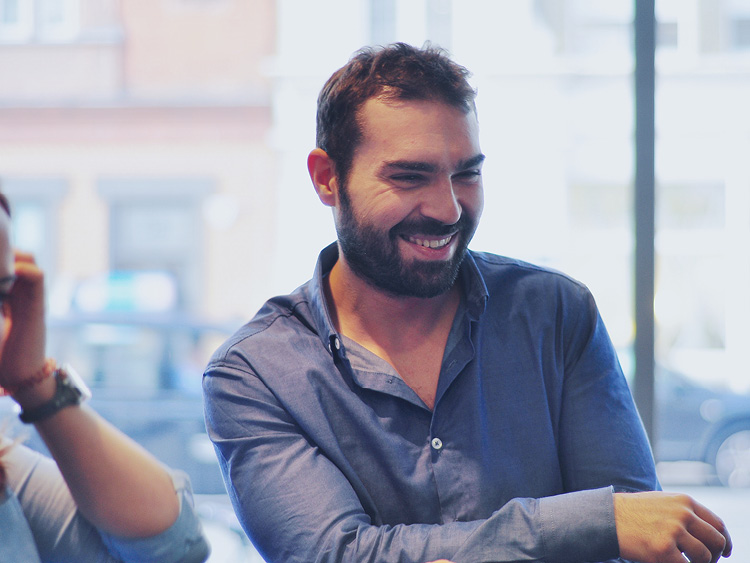 London can, of course, be challenging— against all the struggle to get by and achieve financially, “there’s not a great space for human relationships.” The key to surviving that hustle is to stand outside what he calls the busyness vortex. When he sees people run on the tube, trying to catch the train when the next one comes in two minutes, “it’s not because they’re really late, it’s the lifestyle that [makes them] always pushed to be in a rush.” The same goes for over-scheduling, from friends to social activities, outside of work. “I don’t like to schedule my time, to get caught up in details… maybe that’s why I’m surviving well.”

After work he enjoys putting in his headphones and exploring the city, to see where it takes him. And wandering through London gives him the chance to think about things, to consider some of the bigger questions, such as how living in English culture has changed him. He’s finishing a novel, but isn’t sure he’d ever try to get it published. “To me, writing is not just telling a story, it’s finding art in words, which is different,” and he wouldn’t publish until he sees that art in that work.

And though he writes in Italian, he reads in English, and doesn’t feel speaking English has changed his personality— “you’re one person all your life.” When he goes out, he meets with Algerians, Brits, Canadians, the French, “and even Italians.” Despite missing many things about Italy, he describes his personality as coming from a variety of sources. “I think identity is a negative idea, it builds a wall— human race has always been multicultural.”

It’s the whole reason he left Italy. “You go out with people from different nationalities, you want to discover, to grow, and keep learning—that’s what’s so great about London. You never know who you’re going to meet, what’s going to happen.”

That’s what will keep him here.