Feeling uneasy about returning to London for work? It’s understandable, but we think you may be pleasantly surprised at what a commute in the capital has to offer in the ‘new normal’. Here’s our top selection of tips for safe travel in London to guarantee a relaxing and – get ready for this – enjoyable commute to work.

The Mayor of London has warned of unprecedented levels of pollution in the capital should commuters continue to switch tube for car. For this reason, roads have been adapted to make cycling and walking to work safer in some of London’s busiest hotspots, for example the City of London. We think the new safety measures, as well as the environmental and psychological benefits of exercising on the way to work, make cycling on of the most appealing options available in the current time.

Of course, cycling is not a viable option to a lot of London commuters for many reasons. So if you have no choice but to take the tube, here’s our guide to the safest travelling times and lines.

What are the busiest tube hours to avoid?

According to the New Statesman, the busiest line – in terms of the amount of demand at peak times – is the Victoria Line. We’ve found that this remains the case in the wake of COVID-19, so this would be our top line to avoid during the rush hour.

The busiest average tube times per station have been modelled in incredible detail by analyst Oliver O’Brien, but if you want a basic overview: the majority of central London stations are busiest in the mornings between 08:00 and 08:30, and right around 18:00 in the evenings. We have found that if you get on the tube at around 07:45 or 09:00 these days you can usually guarantee a seat, often at least one space apart from other commuters.

Which London underground lines are now emptier due to COVID-19?

There are some tube lines that are currently emptier than others, due to the places they go and the people they typically serve. One line that seems to have experienced a significant downturn in demand is the Piccadilly Line. There are two main reasons for this; one is that the Piccadilly Line serves those travellers heading from Heathrow to central London, and the second is that it cuts through some major tourist hotspots, particularly nightlife hubs such as the West End which have largely yet to reopen their doors.

We’ve found similar with the Northern Line, which is typically loaded with those heading for the popular tourist spots on its way – such as Shoreditch, the Leicester Square area, and the Thames embankment. Inevitably, given the decrease in foreign visitors, the line has freed up a little and naturally become more social-distancing-friendly.

The safest and most convenient option for business travellers is to stay somewhere nearby your workplace in the midweek and enjoy a short, mask-free walk to work. We’re hoping we can be of some help here. To give London’s business travellers a convenient, peaceful alternative to the long daily commutes, we’re offering 35% off temporary accommodation on our London sites (starred below) during the working week. 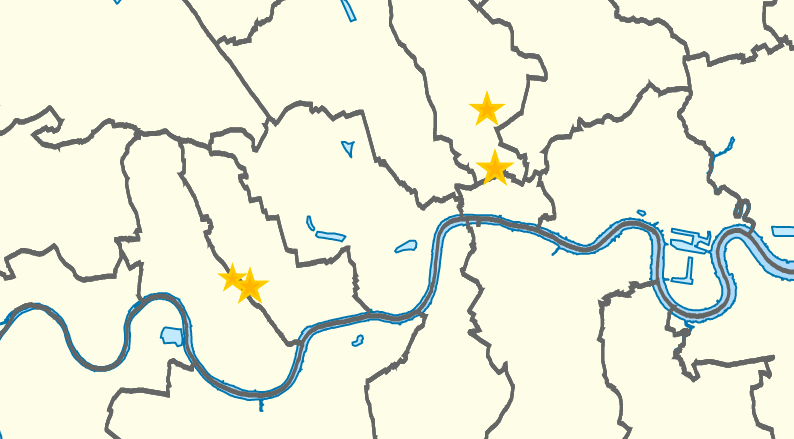 So, if you’re keen to avoid rush hour commutes into the likes of Euston, King’s Cross, Liverpool Street or London Bridge, our doors are open for you to stay overnight and enjoy a short walk and bit of fresh air on your morning journey to the office. See our locations and book here.