From the Ground Up

Patrick Baker, never one for mincing words, makes quite the understatement: “I think I’m a fairly adaptable person.”

This is coming from a man who’s lived in 6 countries, from his home in South Africa to Germany, Namibia, Swaziland, before London. Some of his jobs include sales of construction equipment, contracting aluminium smelters, and hotel maintenance. “I don’t like pre-packed boxes,” he admits. “I like making things happen.”

In his ten years of living in Mozambique, things were indeed happening very quickly. Arriving there in 1996, the country was just emerging from a devastating 15-year civil war. “All the shop windows were pasted up with paper, there were cars in the middle of the road with trees growing through them.” But that sense of starting from the ground up meant there were so many opportunities for learning and growth. “It was an incredible time to be there. The people were very polite and eager to learn and grow and anything you could do to make work for them they would latch onto.” It was possible, “because there was nothing—you didn’t get spares, if it stopped working, you had to solve it.” 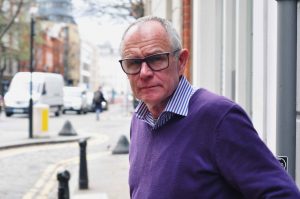 He first went there with a charity food growing initiative while his wife trained preschool teachers there, both of them in year-positions that ended up lasting eighteen months. He jumped on the opportunity to return as a contractor, and eight years later found it hard to leave. “I miss the ability that you had to make things happen for people.”

Although, after being encouraged by their UK-based children, they ended up moving to the country ten years ago, it hasn’t much changed his hunger for challenge and change. He continues to choose jobs because of the learning experiences promised through them, and has travelled extensively through Europe.

And the dreams of a nice suburban flat? Forget it—he lives on a (work-in-progress) 70-foot narrowboat. Since buying it in May, he and his wife have had to strip, paint, insulate, and install a fireplace for it—plus the unplanned hiccups like a broken boiler and the rotting wood. After a tireless summer, they’ve turned it from “what was a very undesirable piece of metal,” to something they can be proud of. “People are saying, Oh you’ve done a good job, they’re surprised!” he adds, laughing. But still, they’re waiting on that boiler and live wrapped up in blankets. Adaptable, indeed.

“I seem to attract this sort of thing to my life.”

In a New League

His varied career and knack for adaptation has prepared him well for helping manage the Chronicle’s grand refitting and refurbishing—it’s a massive, sprawling project which has come with some significant trials and rewards. When we had this interview, the Chronicle was set to open in two weeks, and like the dress rehearsals of a high-end performance, every element and person had to work on top form. “There’s a lot of coordination and a lot of interaction needed,” between contractors, designers, electricians, plumbers, and those in charge of ordering room collateral. At this stage, “we’re incredibly reliant on what people say.”

But as all these elements come together and he prepares for the Chronicle’s opening, he gets more excited about the new aparthotel. Centred in the heart of the City of London, the Chronicle has state of the art electrical and digital infrastructure, not to mention an on-site restaurant, gym and common space. 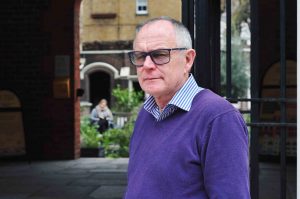 The eco-fitted facilities are particularly exciting. The lower floors have waste-reducing floor heating on the lower floors, glazed windows to retain that heat, a combined heating and power unit to manage energy flow, plastic-free materials, and a robust recycling system. And while “we can’t prescribe to a guest that chooses to keep the lights on” or recycle themselves, Supercity can ensure everything around the guests is carefully monitored and reduced—like the sensor-sensitive lights and heating system that powers down when the guest leaves, and quickly jumps back when they return.

Maybe even more important than all of that, though, is what the Chronicle’s opening means for Supercity. “It puts us into a different league, where we are starting to become a big brother” in the aparthotel industry. The arrival of a fourth aparthotel after six years changes the nature of Supercity’s place in the London travel industry, and the aparthotel one in general. “It’s all very exciting.”

“Life is far too short to be unhappy… and there’s nothing worse than having to commute for an hour to being at a place you don’t want to be.”

Luckily, Supercity is exactly the place Patrick wants to be. After years of working on smaller projects across the world, the company has the right balance of exciting, large-scale projects seen through by a small team. It’s adaptable. Having close relationships with the owners prevents any kind of middle management, “feathering their nests and protecting their little empires”—instead fostering a supportive environment where things can get done quickly and hassle-free. 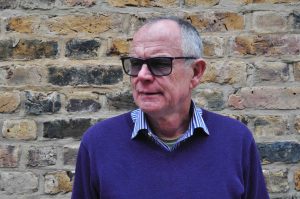 He likes working with the young team, which has “a vision, they all work and gel together to make it happen.” And it’s this great team that gives him the confidence that, despite the accelerating growth, Supercity won’t lose that sense of community in the process. “We’re not going to become top heavy, our team is on the board… if something goes wrong we can fix it.” Most people are quite new, ready to support each other and, most of all, excited about the new opportunities. “It’s good for us.”

“I enjoy being around people who are innovative and enthusiastic and that’s why being with a youngish team makes life worth it.” The work makes things meaningful, and he’s not exaggerating—when asked what he’d do if he won the lottery, he replied, “I’d probably keep on working.” Despite having semi-retired a few times in Africa, something always brought him back to do bigger, more complex projects. “I could think of nothing worse than puttering off and sitting on a balcony somewhere, sipping tea and watching the sunset.”

Instead he’s here, getting the Chronicle ready—making something truly new.