With only a short countdown till Europe’s biggest street party, we’ve put together all the information you need to know ahead of Notting Hill Carnival’s arrival! 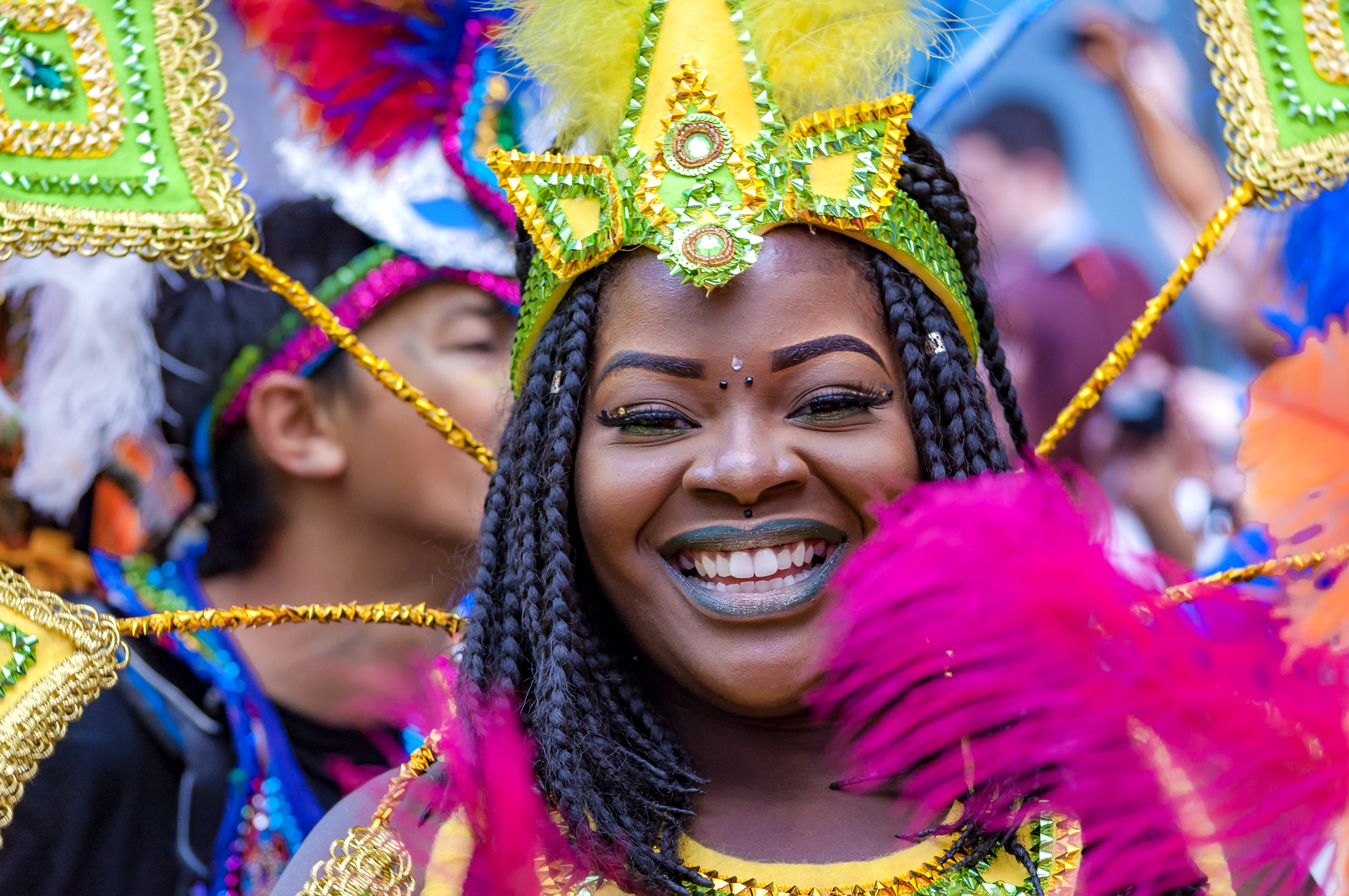 Started in 1966 as a way to promote Caribbean identity in the wake of post-war immigration, Notting Hill Carnival quickly ballooned into the country’s biggest festival.

Decked out in vibrant costumes, it’s a massive romp of sounds and styles, with dance parties that’ll include reggae, calypso, rumba, soca, dub, salsa, as well as house music.

Now in its 53rd year, it brings a whopping two million people to deck Notting Hill out in colour, music and revelry. That’s both the UK’s biggest festival and the second largest street party after Rio’s. 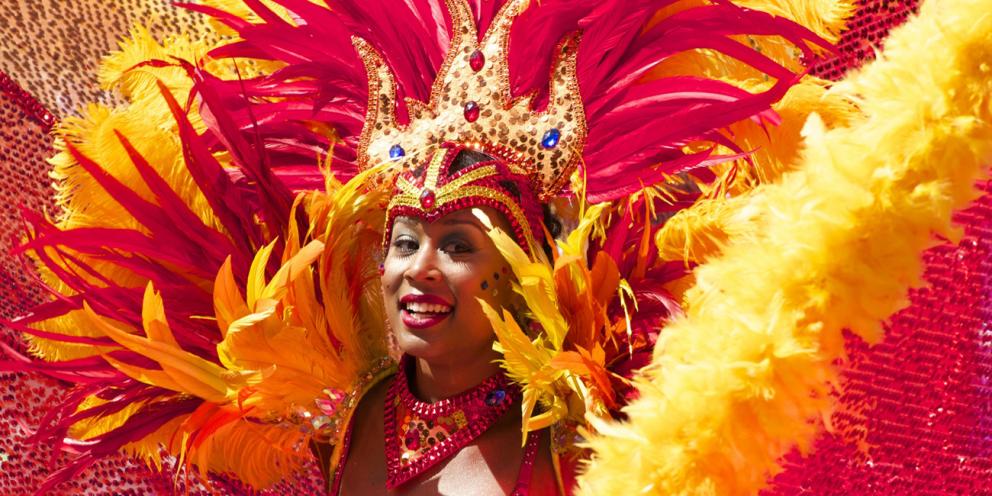 The August bank holiday weekend of the 24th-26th, though most events happen on the Sunday and Monday.

Sunday: considered the “family day,”, this (slightly) less busy day has more child-friendly activities and shows. That said, it’s still a wild one!

Monday: the full extravaganza. There’s going to be over 50 bands and 38 massive sound systems, plus way more people. 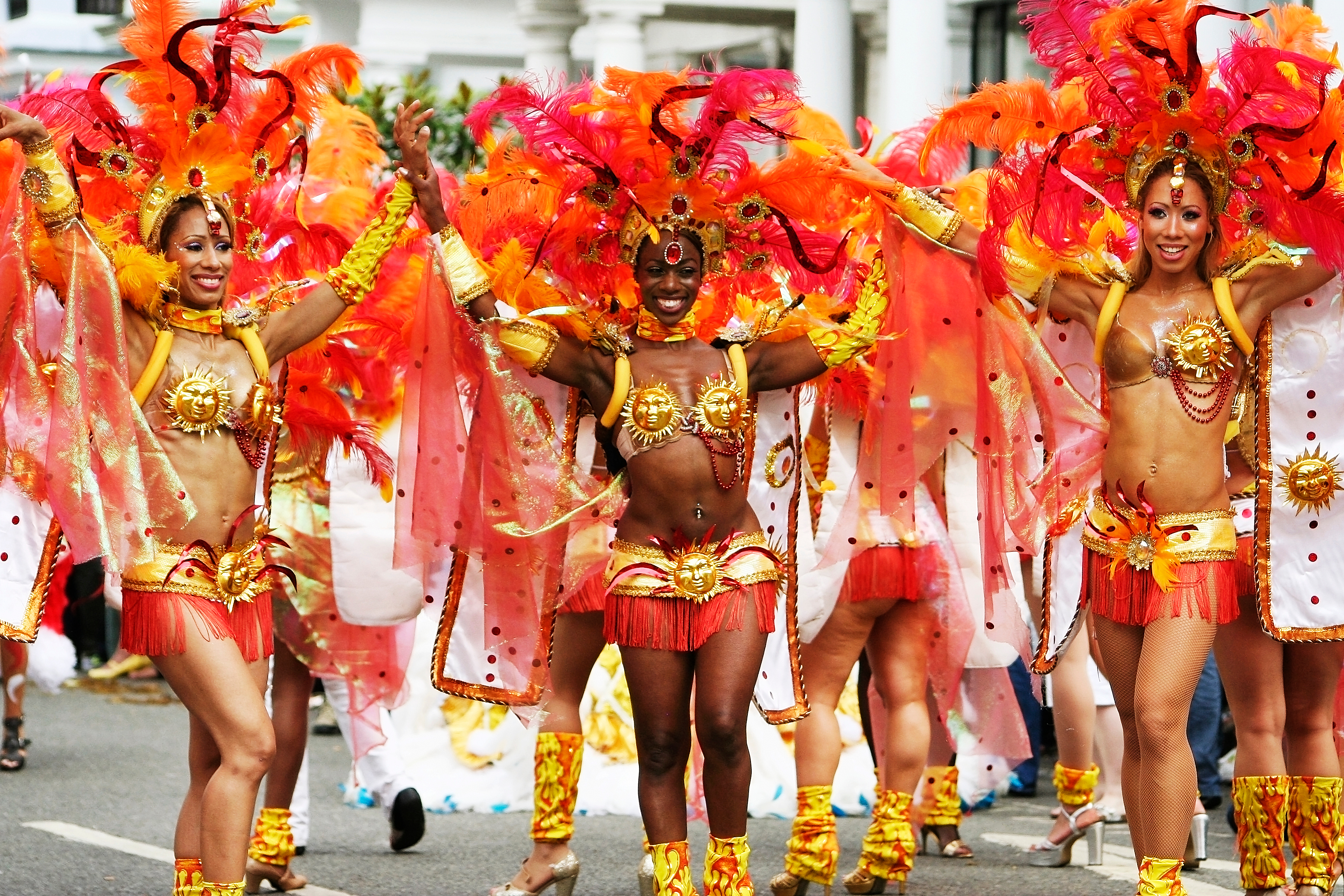 It might be loud, it might be crowded, it might fly in the face of that typical London pragmatism, but there’s simply no better way to see the city’s vibrant multiculturalism in action than Notting Hill Carnival.

It’s a celebration of everything that makes London unique. It’s the most fun you’ll have at a free event all year.

Bring a hat, lots of water, but leave your inhibitions at the door.

How to Get There:

Though it’s in Notting Hill, don’t try to get there using any of the neighbourhood’s stops – the Ladbroke Grove and Westbourne Park stations will be closed, and Notting Hill Gate will be a nightmare by the late morning.

Instead, plan ahead or take the long way there: Queensway, Royal Oak, or Holland Park and Kensal Rise, or consider Knightsbridge for a more relaxed way through Hyde Park. 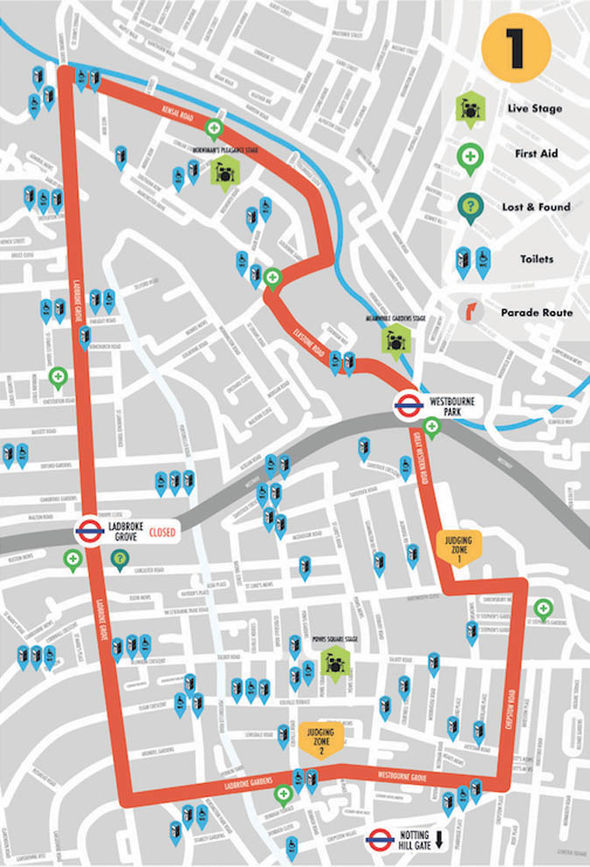 What to Bring: colourful clothing, comfy shoes, water, sunscreen, tissue or sanitiser for the loos, and ear plugs if you have sensitive ears.

What not to Bring: no glass bottles – for safety reasons.

With over 300 food stalls providing the best in Caribbean cuisine – from curried goat, plantain and, of course, jerk chicken – there’s no fear of going hungry.

Want to continue the dancing? After the parade there’s going to be a wealth of after parties.

If that caught your attention (and we’re sure it did) be sure to pay Heaven a visit to attend The Hot Carnival Party to make the carnival last all night! Or, if you want something a little more upbeat, Ministry of Sound are also hosting an after party.

No drink speaks to a Caribbean Festival like good rum, so check out our guide to London’s best rum joints for inspiration (one’s even in Notting Hill!)