No January Blues Around Here!

Fear not, we’ve come up with 10 tips to keep you from falling into the ‘January blues.’ If you’re already there, you need to read on…

Tip one: The quickest way to lifting your mood is laughter. Make sure you take some time out of your day to laugh a little, not only does it make you feel better, you look better too! You might also make someone else’s day in the process, wins either way

Tip two: Book yourself a little break. There is nothing better than having a holiday to look forward to; it doesn’t have to be expensive and it doesn’t need to be far… Why not Church Street, our newest aparthotel in Manchester? 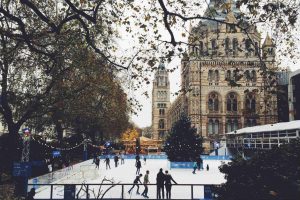 Tip three: Turn your resolutions into goals, we all know that most resolutions fizzle out within the first quarter! By setting yourself goals, it’s somehow harder forget without feeling really bad about not achieving your goals. At the same time, don’t set yourself unrealistic goals otherwise you will be put off even trying! A good tip is to set a couple of things you would like to achieve each quarter, this makes it more manageable.

Tip four: Eat well and we don’t mean diet. We all know how many January diets fade after the first few weeks, try and incorporate some healthier snacks to your daily routine, such as more fruit, veg. By starting small you won’t overwhelm yourself and will have a better chance of keeping it up long term.

Tip five: Exercise. We know you don’t want to do it (neither do we) but it’s really good for you! Run / walk part of your commute, dust your bicycle off, join the yoga class in your lunch break- there are so many ways to get a little exercise each day. The trick is to not push yourself too hard to begin with and make it fun!

Tip six: Be more social. Say yes to the after work drinks, or the long overdue catch up. Try not to make excuses; saying no and staying in is likely to make you worse. You may also find yourself ticking off Tip one.

Tip seven: Listen to your favourite music. This one will never let you down, however try and stick to the more uplifting tracks for this purpose!

Tip eight: Get as much daylight as possible, lack of daylight is partly why some people suffer ‘winter blues’. Try and spend some time outside during the day. 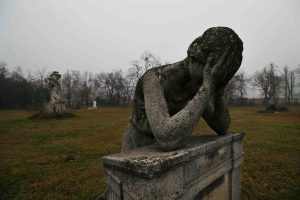 Tip nine: Help others. Volunteer for a charity, help someone across the street, offer your seat on the train. There are some many little ways in which we can help others, and by doing this we help ourselves too; the feeling of making someone else’s day is just magical.

Tip ten: Remember that January is only one month out of twelve! January blues are a real thing but there are many more months to come, so let’s start the year on a positive note and set the tone for the year to come!