Housekeeping Manager Camelia Sandru’s been here, essentially, since the beginning.

“10 years. It feels like when you have a marriage,” and then she adds, “Oh God that’s a long marriage.”

She’d arrived to London from Romania the year before that. Coming in peak summer with her husband, every day was so exciting that “we’d just walk and explore, the city was endless.” She never hit that wall—it felt like home as much then as it does now. After working as a translator for a Turkish company, she arrived in London with a near-mastery of English. This fluency allowed her to rise quickly in the hospitality industry.

But the initial hotels were too large and corporate to feel she was really making a difference. In a massive hotel by Tower Hill, “all I was doing was checking rooms, hundreds of rooms, and no contact with anyone.” She quit after 4 months. “It was quite depressing… it was just a job to me and the others.”

Her Team, Her Family 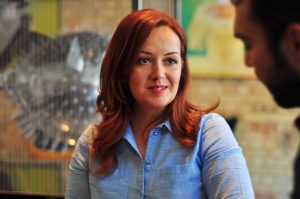 But Supercity was always more than that—“they made me feel like [caring for Templeton Place] was part of my job.” Templeton Place felt like a family. Working with a team that supported her encouraged her to take on extra tasks, from taking inventory to reorganising common areas. “Next thing I know I kept getting promoted.”

She rose with the company—over the course of the next nine years, two new aparthotels opened and more than doubled the capacity, and now two more are set to open in the next few months. So while things were simple and straight-forward with just Templeton, “now there’s like 10 000 procedures which you have to do when it’s this big.”

Though there’s some things she misses about the small team, she tries to keep that sense of family as the Housekeeping manager for all three properties. She creates the teams with a balance of more senior and newer members, “so they show the new people how to care.” She keeps a general Whatsapp group to maintain morale and to deal with any problems that might arise. Whenever someone has particularly difficult suites to deal with, Camelia is there on the other end to help talk them through it. The key to keeping her workers positive, she finds, is to “be present”—the opposite of her past hotels where “they give you the list of rooms in the morning and you’re on your own.” At Supercity, they’re always a team. 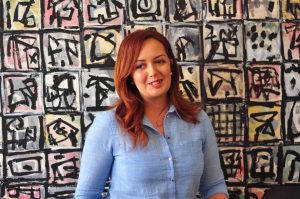 And for the next ten years?

“I think Supercity is going to be big—look at where we were, I think we’ll keep growing.” Growth at that rate certainly brings a range of mixed emotions—as if she’s not busy enough as it is. “Many times I think—Oh God we’re opening another property how are we gonna cope, but then I think about how I can steer that in my direction.” By contributing to that success, “by hiring the right people, training them properly, basically sharing with them my vision and Supercity’s vision,” it will continue to have the family atmosphere that made her feel at home in the first place.

That sense of family is the key quality that makes Supercity different. It’s the owners’ “values and vision, they’ve always been a family, and this is what filters down through us and all our team, and there will always be a little bit of that … feel kept.” It’s the rule she lives by. “I believe that if you care for your people they’ll care back, because being mean it’s so easy, so easy to be bossy to be cold—it’s harder to be involved to care, and that’s what I’m trying to do.” 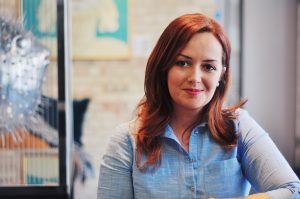