Top Five Best Cycling Routes in and around Manchester

Are you on board with the current cycling boom? As people increasingly look for coronavirus-free alternatives to public transport, cycle stores around the UK have found themselves completely sold out as demand has soared.

At Supercity, we say bring on the cycling revolution! It’ll massively improve our cities’ air quality as well as making the population healthier and saving money in the long run. And here’s the best bit – the more people start cycling in cities, the more road-space will be allocated in our cities and the safer it becomes.

So if you’re looking to get into cycling around Manchester and are on the hunt for some great scenic rides, you’ve come to the right place. Here’s our ever-reliable pick of the very best cycling routes in Manchester.

Our favourite thing about cycling along the Ashton Canal is that it doesn’t feel like an inner-city route. If you head to Edge Lane and join the canal path, you’ll notice a distinct calmness that you don’t find elsewhere – it’s less busy and increasingly green and natural the further out you go. If you fancy an easy hour-long round trip then stopping off at Cheetham Park for a halfway picnic, but if you’re feeling ambitious you could continue Eastwards into the northern tip of the Peak District.

For those looking to commit a whole day to a big cycle, it has to be the Peak District. The most efficient way of getting there is taking the Ashton Old Road from Church Street all the way round to Hadfield; it’s less busy than other connecting roads but will still get you there in good time.

As for where to go in the Peak District – you really can’t go wrong, but if you have the time and energy we recommend heading down to the quaint village of Edale, which has a stunning selection of traditional pubs and food spots.

3. Fallowfield Loop – For cycling around Manchester away from main roads

You don’t have to go quite as far for this one but you’ll still get a good healthy dose of fresh greenery on the way. The Fallowfield Loop in the south of the city is one of Manchester’s best cycling routes – it’s a peaceful hidden pathway running parallel to some of the city’s busiest roads.

If you fancy quite literally taking a trip down memory lane, have a go at this old Victorian railway route just north-east of the city. From the Northern Quarter it’s a straight shot up Oldham Road, and at three hours in total it’s a great route for a family day out near Manchester. 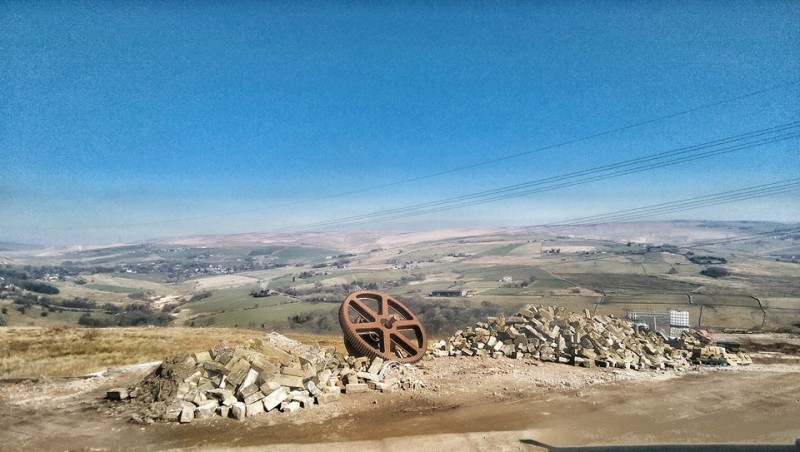 We’re not 100% sure we invented this route, but it’s a favourite of ours so we’ll claim it for now. There’s room for variation, but the basic blueprint is: start off at Church Street, head up and around Heaton Park, pass west through Phillips park, and then loop back home through Drinkwater Park. It’s one of the best cycling routes in Manchester because there are so many great spots to stop off at for a quick lunch or to simply enjoy a bit of northern sunshine.

If you’re looking for a place to stay in Manchester this summer, Supercity Aparthotels is the perfect accommodation choice. With private kitchens, bathrooms and living spaces, our suites couldn’t be safer from COVID-19. And because we can’t wait to kickstart the summer, we’re giving you the most expensive night of your stay on us. See all of our summer offers here.