Tom hasn’t really stopped since he became General Manager at Supercity last June. “There were a lot of things that needed tweaking, things that needed finishing,” plus a whole swath of new roles to fill and run, including Front of House manager. All of that happened while he was there learning the ins and outs—“new audit standards, cleaning inspections, data so we can support and train people.” And that’s not even considering the opening of The Chronicle, that autumn.

It was a lot—think diving in head first. Now, as we come into March “it feels like a reset.”

Was he hesitant about becoming General Manager for his first hotel company, especially one that was in the middle of so much change? “It didn’t worry me too much, if you’re hard working and apply yourself, you’ll get there eventually.”

To which he adds, “I’ve always been an ambitious lad, you know.” 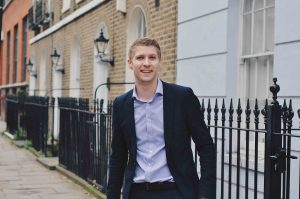 Considering his track record, that’s probably an understatement. His career started early—working “probably an illegal amount of hours” at an Indian restaurant during his GCSE’s. He did work placements all through university, and moved up quickly after graduating. Since his first assistant management position in 2009, he hasn’t really stopped.

He admits that in those early days, he was much more about sales, “making sure I did whatever I had to do to hit targets. That was when I was relentless.” As he’s grown with his roles, he’s found that real success comes from the team-building—but that work ethic has never gone away. “In my whole time I’ve had zero sick days.”

He’s held positions in commercial football organisations, fitness centres, and student accommodation before Supercity. “The industry is not overly important for me,” he says, since whatever it is, “I can learn to enjoy it.” Really, it’s businesses that have “the potential to succeed, which I can make better” that attracts him.

But sometimes the company itself makes it hard to achieve that balance. In his last role, everything was decided from upper-level management and he couldn’t choose his own team. It went to the point where “it was very difficult to be able to pick your own receptionist.” This started to take a toll on him, with the increasing sense that his contributions weren’t being appreciated. “If you get an inclination that your boss doesn’t trust what you’re doing, it kind of spirals, you question everything you do.” 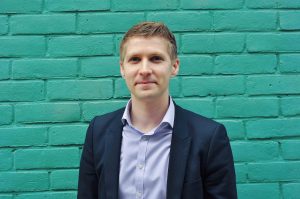 So it was the freedom and trust embedded in the role that attracted him to Supercity. Here, he felt he could really create something. “That was really cool, they were really open to new ideas, open to what I wanted to do.”

At the end of the day, “my task really is to build a team.” And if they’re happy, the rest follows from that. That well-being comes from knowing that “team members aren’t clockwatches,” it’s much more about “tapping into what motivates people, making them happy, being transparent.” There’s a complex balancing act that comes with managing both people and KPI’s – but that finding that balance is the most satisfying part of the job.

The key is listening. “You surround yourself with people who are more skilled than you in that area and listen to them.” At Supercity, first and foremost this meant working closely with Camelia, Head of Housekeeping and Salvatore, Front of House Manager, but also learning from people like Liz, Sales Director, and Patrick, Facilities Manager.

At what point does he realize he’s successful? When “they feel comfortable about calling you about anything.” At Supercity that happened early, and he feels very close to his team after such a short period. “It’s us working together as a team.” With all that’s been achieved since The Chronicle and Church Street opened, that success speaks for itself. 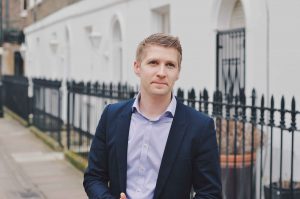 Tom came to London because of the opportunities – the roles in and around Stoke-on-Trent, his hometown, were limited. Now, with a one year old girl, he and his fiancé are starting to consider heading back up north to raise her. “I think it would be nice for her to grow up where I’m from—you can go out on your bike and just be free to do what you want.” In London, that wouldn’t be as easy.

But London is still the best place for his career. Now he faces two choices: “the idea is to move on and eventually be a CEO, or have my own business.” He realizes that if he’d stayed in Stoke-on-Trent, where “if it folded I wouldn’t be in such a dire place,” running his own business would’ve been much easier. In London, he plans to continue his momentum—working hard, moving up, and making Supercity the best place he can.

“It’s like Richard Branson says, take the job and use the opportunity to learn from it… That’s what I’m going to keep on pushing for.”