Not all major decisions have to stem from careful planning.

“Life is too short, we’re not going to have second chances. There’s nothing to lose.”

That was Supercity’s Ana Spasova’s justification when, while working at a restaurant in Dubai, she decided to move halfway across the world to London with a man she’d met two weeks earlier. “I’m that kind of person that likes to take risks, I think everybody should … you never know what’s going to happen.” And so she packed up. 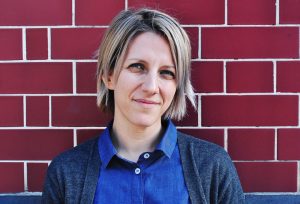 If this sense of fearless ease in snap, life-changing moves sounds natural to Ana, that might be because it’s not the first time she’s done it. Three years earlier, she chose to leave her hometown of Skopje, Macedonia after being offered a job in Doha—she had a week to pack her things and tell everyone. “It was quite a shock to everybody.”

She hadn’t felt challenged or engaged in Macedonia anymore. “It’s like every day’s a routine, you go work-home… You need a little bit of adventure in life.” At the end of the day, “even if it’s a mistake it’s still an experience.”

Not only was the turnaround short, but Qatar was a completely new world. Working as a hotel receptionist there, close to 90 percent of her clients spoke only Arabic, and living in Doha meant facing a whole new world of cultural norms—from observing the dress-code, how to act in public, and where and when to drink alcohol. “It’s a police state so you have to be careful of what you’re doing.”

But Ana understood that, since “nobody forced me to go there,” it was important to embrace those differences. “As long as long as you respect their customs they will respect you.”

By the end of her time there it started to feel like home. “I felt safe there,” as it gave a sense of security that neither Macedonia nor London can provide. She misses the weather, the vibrancy of the ultra-modern city, and the people she met there.

A year later, as she was coming to the end of her year in Dubai, her restaurant brought over an Italian pastry chef from their London office to help launch the Emirates branch. They started dating a week after meeting, cautiously, aware that in Dubai, “no affection between a man and woman in public is allowed.” A week after that, he convinced her to come with him back to London. They’d fallen in love.

“If I went and we broke up, okay, I would have lived in London, find a job, figured it out.” 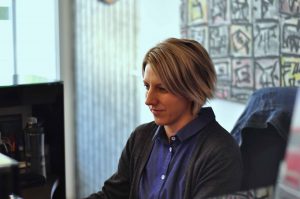 The Spirit of the City

And London definitely suited her.

While London immediately reminded her much more of home than the Gulf did, three years of living in Doha and Dubai gave her a significant dose of reverse-culture shock. The thing that surprised her the most was the sense of freedom. “You feel you can be whoever you want to be… everyone respects that diversity.” After travelling the world, the vibrancy of London’s multiculturalism gives her a feeling of home more than Macedonia ever did. “You don’t have to be ashamed to hide whoever you are, you can be proud.”

Working as a receptionist with Supercity at the 58 suite-Rosebery, with its beautiful layout and sweeping city views, creates the right level of buzz that keeps things active. “I like that there is no typical day.” That dynamic activity clicks with her: “I’m a very hyper active person I can’t just keep quiet.”

She likes to go beyond typical reception duties. If something small breaks (be that, say, a burnt light bulb or a leaky faucet) after the maintenance crew finishes, she’s happy to try and fix it herself. “I’m a very curious person I like to know everything… if I can make [the maintenance team’s] job easier and learn something new in the process I will do it.” 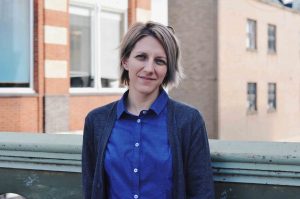 But creating strong relationships with guests is probably her most important role. Since Supercity serves a significant number of long-stay residents relocating from other countries, they’re often looking for the chance to connect with someone. “Sometimes they just need a friendly face or some person just to make a conversation.” Making those relationships, especially with guests who might be staying for months at a time, has been one of the most rewarding parts of the job.

So what’s next? In the future, she’d love to open a bed and breakfast on the seaside, at one of those classically British locales she became obsessed with while watching Midsummer Murders on TV. For the most part though, Ana prefers to take it day by day. “It’s a job I like, I’m happy to stay with it for now.” She’s still with the Italian chef who convinced her to come to London two years ago, and feels herself becoming more a Londoner every day. “You become part of the city itself, you go with the flow.”

Go with the flow. That’s her motto—so far so good.