London might be one of the most beautiful cities in the world, but that beauty is typically much harder to frame than sister cities New York or Paris, what with the mess of conflicting streets and building styles. Luckily, your friends at Supercity have narrowed down some of the best ways to Instagram this wonderful city in style, in all the ways that capture both London’s good side and its essence.

The View from Up Top 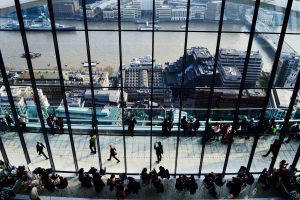 The rise of London’s skyscrapers has brought city photo opportunities to new heights, and if you’re going to go tall, why not go for the tallest? The Shard’s stunning sweep covers the entire city—no matter how many people Instagram from it, it never gets old.

Also Try: the city’s new elite rooftop bars and restaurants, from the Rumpus Room, Duck and Waffle, Sushi Samba, or the Sky Garden. 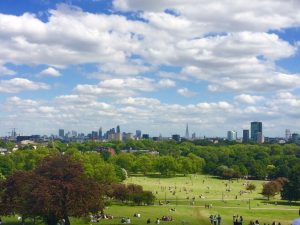 That being said, you don’t have to pay a mint to get that London panorama—some of the best views come from London’s parks. And none give quite the same 360 that Primrose Hill does: from the Gherkin and the Shard on one end to Parliament and the BT Tower on the other, this spot captures seemingly every landmark in the city along one beautiful stretch of green.

Also Try: Hampstead Heath’s hill, for a scaled back version of the same views, or Richmond Park’s protected view of St. Paul’s cathedral. 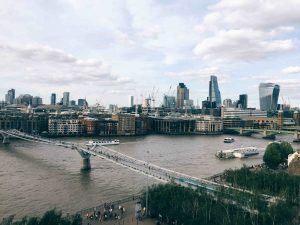 Bridges both service and define London: these central arteries are some of the best ways to capture the big sights. The best is Waterloo, with Westminster and the Eye on the west side, and the stunning scope of St. Paul’s and its City backdrop to the east.

Also Try: London Bridge for the eastern side of the same view, with jaw-dropping close ups of the Shard and Tower Bridge as added bonuses. 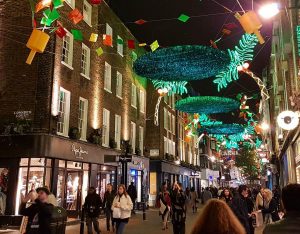 Visitors might be drawn to the blockbuster landmarks, but London’s heart is truly found in its narrow winding lanes. If you’re looking for the glitziest, go for Carnaby Street, which features an amazing collection of stores and displays. There’s typically a revolving exhibition hung above the street (don’t miss their Christmas displays) that will make your Instagram followers gasp.

Also Try: for a more refined, local spot, Columbia Road has some of the prettiest houses in the city—go on Sunday for their flower market and snap away. 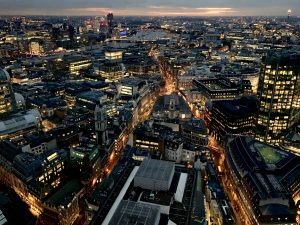 But then, when the sun goes down and the lights go up, there’s so many places to soak in that electricity. Nowhere does it quite as well as the unfettered glamor of the West End, and you’ll find its best and brightest along Shaftesbury Avenue on the way to Piccadilly Circus. As the centre of the theatre scene, this is London’s (classier) answer to Times Square.

Also Try: Shoreditch for the edgy reverse to the West End’s glitz, from the gorgeous street art to the moody bars. Take pictures near the overground station to get the lights of City in the background for max contrast potential.