For Alina Epure, housekeeping at Supercity is more than just a job, going from room to room—“when I worked in Holiday Inn it was like that, you did twenty, twenty-one rooms a day.” Instead, Supercity “is my second family.” She loves her team members, the support they give each other, the nice rooms, and of course, her manager Camelia Sandru, who’s done “so much for me, too much really.” 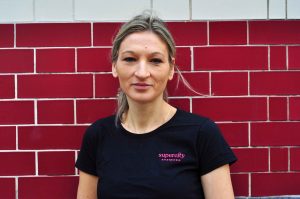 But maybe the most important thing for Alina with housekeeping is the flexibility: by getting to choose her hours, she can work her schedule around her two boys. “It’s very good, I can come here when I have time.” When they were younger, this meant working on the weekends and taking care of them when her husband was at work—now, it’s flipped, and she finally gets some weekend time to take them out. “Nowhere else has this support and opportunity.”

The two boys are the reason they’re all here. Seven years ago, for the chance of better schools and better job opportunities for her and her husband, they made the move. For her boys, two and three years old at the time they moved here, London has always been home.

She laughs when she talks about their English ability: “they’re much better than me— I’m old, I can’t speak this language!” They’re doing well in school, and when they want to grow up, they want to be, “too much now,” from businessmen, teachers, doctors. “Way too much is in their head!”

But moving here wasn’t easy. As far as London goes, “I like it and I don’t like it… you can, make money and more money.” But then there’s the weather, the cost of living, the general bustle. Her and her husband had been living in Rome for almost five years before that, and she certainly misses the lifestyle, the amazing food and of course the weather, “where every day is hot.” 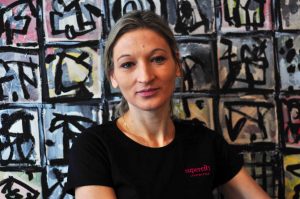 More than anything, though, she misses Romania—misses the ease of the language, the weather, the food and, more than anything, her family. Her homesickness is always the most pronounced during the Christmas season—they haven’t been back to Romania for Christmas since moving to London, and probably won’t be home until next summer. Instead, they’ll celebrate with close family friends. It makes the worst of it easier.

It’s not the only place where she shows this aptitude for putting others first—if Alina sees her housekeeping team as a second family, she’s a crucial part of what makes it so great. Camelia believes “she’s the hero of the team.” If help’s needed, “she’s the one who does it.”

Why does she always help out—is she the best at her job? “I have more energy,” she responds. More energy, even with her full-time job keeping up with her two boys? “I don’t know how,” she says, laughing. “I just do, I like to help.” Camelia, who swears by the good their group messenger does for housekeeping team morale, points out that it wouldn’t work without Alina—“she’s always such a good presence on the group. She’s a real leader.” 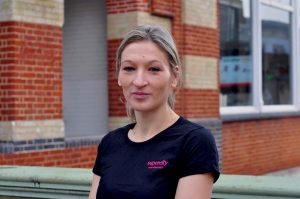 With this attitude, there’s never a really difficult day for her—some days are just busier than others. If there are lots of rooms for that day, it means working a little faster, knowing that “of course someone will come help me,” the way she’d help them. If there’s a particularly difficult room, “I take a picture, send it to the group and everybody laughs.” In other words, always keep smiling.

Check out these other great profiles: